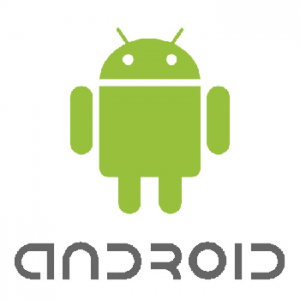 Beginning to develop apps for Android can seem like a lot of work, but luckily tools available to help ease the process. One tool that has become a standard of Android is the Android Studio. This tool is available for free and has helped many become better developers for the Android system. This studio software has many benefits for the beginning Android coder.

While there are other major systems available for creating applications such as eclipse, many developers are finding that Android Studio is better suited for their needs. Along with a more stable alpha and beta builds than Eclipse,, debugging is much less cumbersome and more streamlined on the Android studio. This can greatly reduce the stress a developer may experience from buggy software.

Another important aspect of the Android Studio is dual monitor support. Allowing multiple monitors makes it easier to code and preview work at the same time. This can save time and help the professional developer along in making more money. Scrolling through the forums where developers post questions, many ask how they can gain the support for dual monitors on the Eclipse system with no success. This can be frustrating and uninspiring to the budding developer who is trying to come to grips with this popular programming language.

Direct From the Source-

Even though Eclipse is a very powerful and useful piece of software, another advantage of Android Studio is the fact that it comes straight from the source. Introduced by Google at the 2013 I/O conference, the software is constantly in development and being updated along side the development of new android operating system. Deep integration with the O/S parent company helps ensure that the developer is getting the newest and most relevant software updates. Many have found already that it can be very frustrating to become familiar with aspects of a program language only to find that it is already outdated parts of the technology. Android has the quality of evolving quickly, and it is important to keep up with these updates in order to become successful and ahead of the curve.

While XML is a fine language, using DSL or Domain Specific Language allows for more efficient programming, instead of relying on outside sources to define the configurations of a project. Gradle uses Direct Acyclic Graphs to determine the order in which tasks are run instead of applets and other sources separate from the application. This gives the developer greater power over their domain, and can result in better functionality overall.

Learning Android Studio can take time, but it is important for the beginning developer to become familiar with the trending tools of the trade. There are many systems out there for the developer to use when creating android applications, and choosing what tool is best ultimately becomes a personal preference. Since Android comes straight from google becoming familiar with Android Studio is a worthwhile venture. It is powerful software that can result in a great product for everyone, and isn’t that the whole point anyway?