Unity Game Development Is Shaping the Future of Gaming 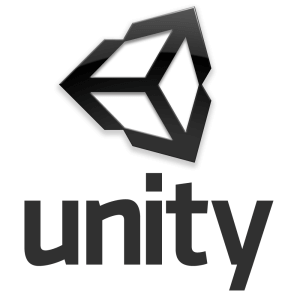 When it comes to gaming, one of the biggest players in the industry is Unity Game Development. This is a company that is capable of developing technology to allows games to be played across virtually any platform. In fact, the company is so good at doing its job that some of the biggest games that have ever been produced exist because of Unity Game Development. This is a company that understands what it takes to make games exciting and they know what customers want. They take all of this knowledge and combine it with the technological aspects of producing a game in order to create something that involves the complete picture in order to maximize the level of success.

Unity Game Development creates games for personal computers as well as gaming consoles of all types. They also work on game development for all kinds of mobile devices and even websites. Chances are, anyone that has played a game of virtually any type in the last few years has played one that has been developed at least in part by Unity Game Development. Anyone that is familiar with gaming on a more intimate basis has certainly had experience with their games. In fact, Unity is one of the most well known companies in the industry and it is easy to understand why.

Unity allows its information to be utilized by customers who can then in turn take that information and use it to create their own games. As a result, two versions can be used by other individuals. The first is called Unity Personal. This particular version does not have a fee and can be utilized by any individual or company that has less than $100,000 of gross revenue per year. For companies that make more than that amount on a yearly basis, Unity Pro is available. There is a fee involved for its use, but there are no limits on the amount of times it can be used or the amount of income that can be made.

Unity Game Development holds a proprietary license and during the time since its inception, five different versions have been developed. With each new version that has come along, updates have been included and any issues that did exist with the previous version have been ironed out. As a result, a great deal of effort and work have gone into producing this particular gaming platform so that others can benefit from its existence.

When it comes to game development platforms, almost everyone automatically thinks of Unity. The company is very good at what they do and it shows. As a result, they have been a company that is well known among anyone that is involved with gaming but the best part about it is that they are even fairly well known in circles that know very little about the subject. This just goes to show how much influence they really have and why they will undoubtedly continue to shape the future of gaming for some time to come.